For God so loved the world that He gave His only begotten Son, that whoever believes in Him should not perish but have everlasting life. For God did not send His Son into the world to condemn the world, but that the world through Him might be saved.

If there’s anything that God gave to the world through the gift of His Son, Jesus Christ, it’s HOPE. And, in a world that has largely given up or lost hope, we who have believed in Jesus as the Savior of the world have a sure hope!

History records the life of this man named Jesus. Our calendar pays homage to Him recognizing B.C. –the years before Christ, and A.D.–The Year of Our Lord.” Jesus was not merely another teacher or religious figure. His claim was that He was the Son of God and the sacrifice for our sin.

There will be those who believe His claims and receive Him by faith. Others, blinded to the Truth by the god of this world, will reject His claims and, tragically, forfeit eternal life.

My prayer for you this holiday season is that you would stop and consider–or maybe reconsider–the claims of Christ. He was born into this world and lived to do His Father’s will. He offered Himself up to death and was raised from the dead so that we who believe might have life. There is no greater decision that you will ever make than what you do with Jesus Christ.

My question for you is, “Do you believe?”

My prayer for you is that you would believe and receive the One who declares Himself to be “the Way, the Truth, and the Life.”

“Do You Believe?” by Randall Gearhart 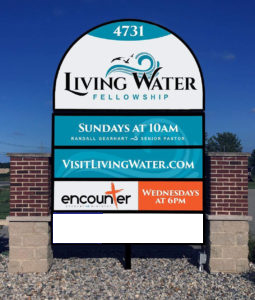